UFO just wrapped the initial North American leg of the 'Last Orders' tour, but fear not, the tour is not over yet and the band is pleased to announce new North American tour dates for 2020.

These shows kick off February 13th in Medina, MN and run through March 2. Included in this run is a co-headline gig with BLUE ÖYSTER CULT and an appearance on the 'Rock Legends Cruise'. 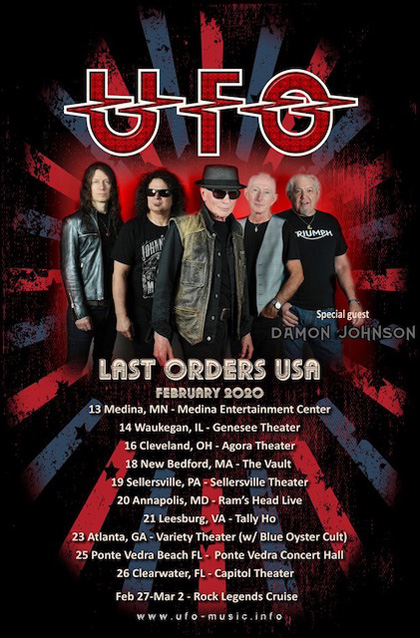