His name belongs to the most influential and illustrious ones in Swedish Metal. Mats Leven's distinctive and colourful voice has graced albums by CANDLEMASS, THERION, KRUX, Yngwie Malmsteen and AT VANCE - now, after lending his voice to others for decades, fans can finally witness the charismatic singer’s solo album.

Under the solo flag of SKYBLOOD, the self-titled debut album will see the light of day on November 22 via Napalm Records. A music video for the second single, "The Not Forgotten", can be found below. 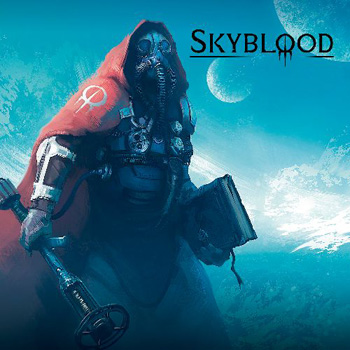