Cape Fear Metal legends WEEDEATER have announced a run of U.S. this summer. The trek will kick off on August 27th in Johnson City, TN and will conclude on September 04th in Athens, GA. The run will also include a festival appearance at ‘Muddy Roots’ on August 30th. The full itinerary is as follows: 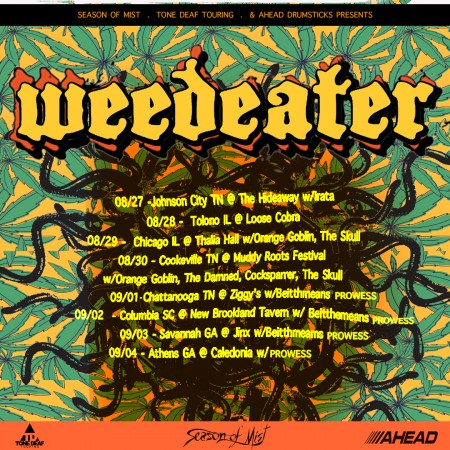