“Third Degree” builds upon the genre-bending momentum of 2012’s self-titled FLYING COLORS and the aural-template ascension of 2014’s “Second Nature”. From the skittery psychedelic/classical turnaround of the lead single “More” to the BEACH BOYS-meet-ASIA vibe of “Love Letter” to the deep emotionality of the album-ending, prog-leaning epic “Crawl”, the nine tracks that comprise “Third Degree” signify just how much FLYING COLORS are willing to explore new frontiers. “There’s a lot of ear candy sprinkled throughout every song”, observes Mike Portnoy, “and each one takes you on a little journey. As albums go, “Third Degree” is a complete piece that I don’t think ever overstays its welcome. I think it’s an enjoyable ride from start to finish”.

FLYING COLORS will make the following appearances in 2019: 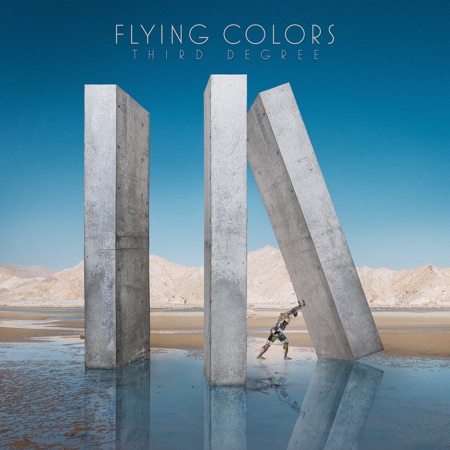