VENEREAL BAPTISM continue their live assault onward into 2019 with Adversor’s chainsaw riff attack and Fermentor’s bestial growls and devil dive-bombs. Along with the bass and drum recording lineup for “Deviant Castigation Liturgy”, the duo has returned to the studio to deliver their second LP, “Repugnant Coronation Of The Beast”, their longest and most brutal offering two years after their Osmose debut. This time, the rules have all been obliterated! All “safe zones” will be destroyed on sight, and there will be zero compromises! SJWs, beware…

First track premiere to be revealed shortly. Pre-order info can be found HERE.

“Repugnant Coronation Of The Beast” tracklist: 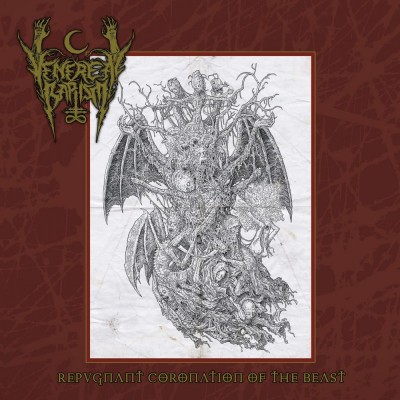