SANCTUARY Are Working On New Album

After playing at this year's ‘Headbangers Open Air’ in Germany, which marked the group's European live debut with new vocalist Joseph Michael, SANCTUARY have returned to the studio in Germany between their live shows to work on songs for the new, untitled album.

SANCTUARY's fourth studio album will be released in the second half of 2020 and include songs such as “We Are The Fallen”, “Not Of The Living” and “Blind”. The songs are neither a throwback, nor a stark departure from the classic SANCTUARY sound.

"Lenny and I have taken our time getting to know each other as songwriters before really digging in and starting to write the record," states vocalist Joseph Michael. “Warrel and Lenny were such a magic combination and though there is no way to get that back, we have stumbled upon something quite unique yet still will be familiar to die hard fans. What we are striving for is to meld our musical pallets in a way that gives fans something new without messing with the DNA that makes the band stand out among its peers”.

But before a new era in the history of SANCTUARY begins, the band invites you to see them live at a special club show at Turock (www.turock.de) in Essen, Germany, where the group performs the classic “Refuge Denied” album in its entirety.

Furthermore, you can check out below, raw fan-filmed footage from Headbangers Open Air 2019 seeing SANCTUARY perform the classic “Die For My Sins”.

After recently completing an US tour with Ghost Ship Octavius in July, SANCTUARY will be performing in Europe at ‘Alcatraz Festival’ in Kortrijk, Belgium on August 09th. Don't miss your chance to catch SANCTUARY live. 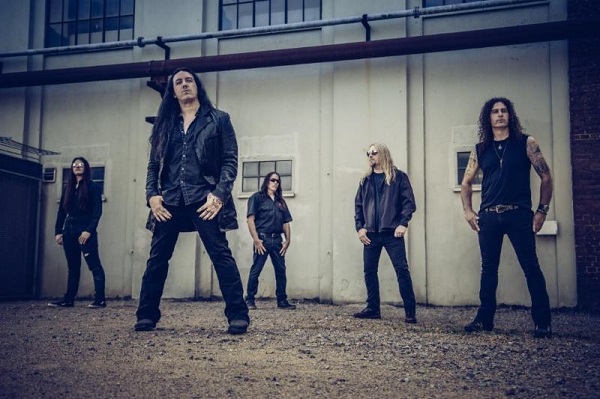