Extreme metallers NEGATOR are going to release their new album “Vnitas Pvritas Existentia” on October 18th via Massacre Records. The album was produced, mixed and mastered by the Wiesławski brothers and NEGATOR at Hertz Studio in Poland. The elaborate front cover is a collaboration between various artists: It's based on an idea by NEGATOR, which was digitally drawn to life by Haervaerk Tattoo, then transposed into a woodcut by Manvfactvs. and afterwards further illustrated and finalized for the print by Irrwisch.Artdesign.

The final front cover is available below, along with the album's track list.

“Vnitas Pvritas Existentia” will close a cycle that began in 2003, and also marks the beginning of a new cycle, whose development has not yet been determined. The album will bring the band's history so far to a conclusion using occult and ritualistic themes.

“Vnitas Pvritas Existentia” is a well-thought-out and total work of art, that clocks in with a total playing time of 55:05 minutes. Nothing on this album is unintentional; everything has a purpose. There is much more to the used symbolism and carefully crafted lyrics then what meets the eye.

The album will be available as CD Digipak, limited edition vinyl LP, in digital format and a limited fan-edition with additional content, exclusively and soon-to-be available at the band's web store. The digital pre-order will start soon. 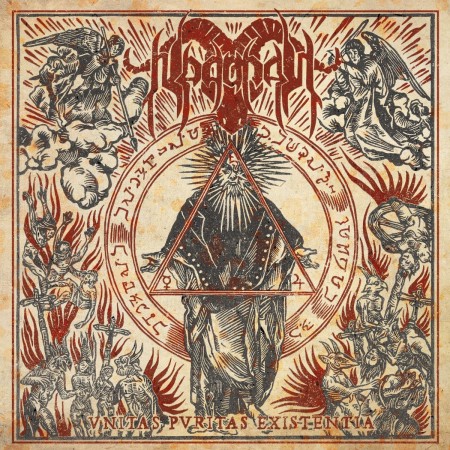