VENOM PRISON have released a video interview featuring artist Eliran Kantor - the creator of their captivating album artwork on both “Animus” and “Samsara”. Watch the video below.

The video was shot in Germany on VENOM PRISON's recent European tour with FIT FOR AN AUTOPSY; vocalist Larissa Stupar sat down with Eliran to discuss his work.

“We've met Eliran on tour and at festival art exhibitions over the past few years and have established a very productive working relationship. This time we decided to invite him to our Berlin show whilst on tour with FIT FOR AN AUTOPSY to discuss the process of creating the album art for “Samsara” but also to speak about the importance of visual art within music, the difference to Eliran's work for “Animus” and getting to see the original artwork for the first time”.

“Samsara” was released in March to widespread critical acclaim, and hit the U.S Billboard charts at #13 in New Artist Albums and number #4 in the UK Rock & Metal chart. Continuing the stratospheric ascent that started with debut album “Animus” in 2016, VENOM PRISON have graced magazine covers, impressed live audiences including revellers at the legendary UK festival, Glastonbury.

VENOM PRISON are set to tour North America beginning September 13th in Ottawa, ON. A full list of tour dates can be found below. 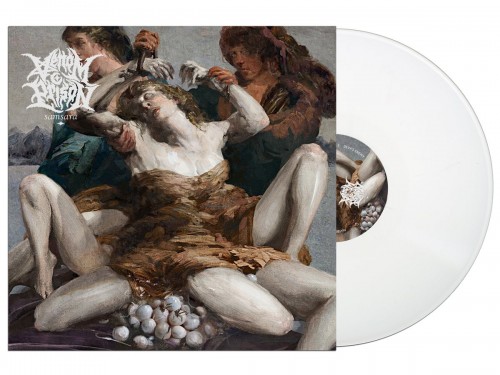