Frontiers Music Srl has announced the signing of Los Angeles-based Metal act EDGE OF PARADISE to the label's roster for a multi-album deal.

Formed by singer Margarita Monet and guitarist Dave Bates in 2011, EDGE OF PARADISE debuted on the scene a few months later with "Mask", an album of Industrial-tinged Metal coupled with soaring vocal hooks, which was warmly received by critics and fans alike.

The new album, "Universe", is currently being completed with Mike Plotnikoff (HAMESTORM, IN FLAMES, BUCKCHERRY) producing and mixing set to be handled by Jacob Hansen (AMARANTHE, VOLBEAT, PRETTY MAIDS).

Check out their music video for the track "Alive" for a taste of the band's style: 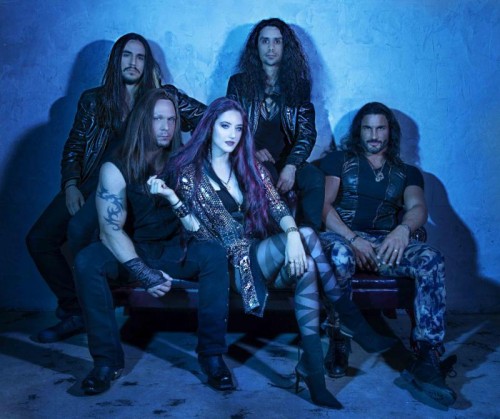