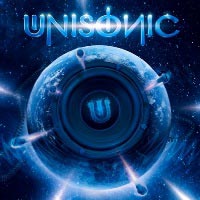 Ok, it’s an all-star lineup featured here, but not the kind that has excessive talent leading to the ‘construction’ of a vibrant release. And this because neither Michael Kiske nor Kai Hansen or any other band member is now as young and energetic as in the 80s when their youth was thriving and ready to deliver shots of Metal poison destined to hands-down kill the hungering masses. I see the “Unisonic” album – even before pushing ‘play’ – as more of a redemption on behalf of each one’s recognition and fame plus a last chance to see I the so called post-80s European Heavy/Power Metal can ever return to an (artistically and commercially speaking) esteemed status, years now suffering from saturation and self-drowning.

I do not have to remember the nonstop comments of the ex-HELLOWEEN singer relating his visions to the absence from the Heavy Metal whereabouts. There’s no need to ask why his longtime friend and GAMMA RAY mainman Kai Hansen did agree in building this project. Little is to be said for the participation of the rest of the members, all known for their illustrious works with bands like PINK CREAM 69, GOTTHARD and KROKUS in the recent (or not) past. The one million dollar/Euro question is what does an album like “Unisonic” has to say to fans who grew up with the above bands or to newer followers who have continuously been reading about these musicians’ respective legacies and may finally find in UNISONIC their own hot new stuff to relate themselves to.

“Unisonic” is everything but a Teutonic Euro Power album. It has its cheerful Hard Rock moments, it carries a simplified post-80s Heavy Metal signature and it even crosses the smurfy Metal field at times. All these guided by the for-one-more-time astonishing clear and powerful voice of Michael Kiske who shows no visible signs of wear. Talking about natural talent, in other words. The songwriting is in safe mode, on the other hand, so I feel that older metalheads who grew up with the 80s works of HELLOWEEN will probably give this CD a couple of auditions only to jump to the conclusion that it’s more about marketing and less about music. Newer Metal fans shall probably dig enough of the songlist, with the instrumentation raising the bar high…again. Out of the blue, I think powerful Hard Rock fans shall be the ultimate winners here since some minor melodies and themes here link to the PLACE VANDOME deeds of Kiske, a couple of really nice albums if you remember.

From the musicians’ view, I like the guitars work in here. It has a nice sound, not polished, and sees the band offering a lot in terms of musical integrity and harmony fun. The rhythm section is nice too, with no complexity crossing the songs’ scope, but in the contrary offering a lot on the groovy style of the album. Some lead parts and licks are really awesome and I feel grateful Mandy Meyer is participating in this band(?) since I always admired his guitar virtuosity for more than 25 years now (check here to see where this guy has offered guitar work).

“Unisonic” has class, great participants and a nice sound for today’s ‘compressed’ likes. Still, the songs are not anything ultra-fascinating and no one would persuade me this project was assembled for the sake of musical hunger and only. Still, it has its moments and the younger you are/feel the better you may swallow it with delight.