Echidna - Dawn Of The Sociopath 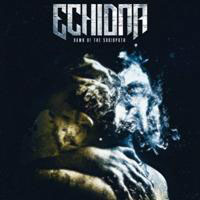 Let’s start with some basic stuff since most of you won’t probably know this band. And for the Greeks, this is not the Greek technical Death/Thrash band ECHIDNA. What we have here is a Portuguese band that has been around for a whole decade, but I never had the chance to “meet” (through its music of course). The last thing I had from Portugal was the really good CRUSHING SUN so let’s be optimistic about what we’re going to face in “Dawn Of The Sociopath” (pretty cool album title). So, this is the band’s sophomore full-length release through the also Portuguese Rastilho Records, which I also hear for the very first time.

“Dawn Of The Sociopath” is not trying to reinvent the wheel or give you a new all time favorite band full of Metal hymns etc. This quintet is all about the European Thrash/Death scene and their sound is close to bands like HATESPHERE, a bit THE HAUNTED, a bit CARNAL FORGE, maybe a bit CATARACT, too. During the approximately 41 minutes of this album, the two guitarists just don’t stop spitting their venomous riffing with the rhythm section building a solid base for those shredders and Bruno’s raw vocals being the missing piece of this puzzle. ECHIDNA’s new offering is also a concept album that describes the growth and development of a sociopath and the sick and twisted lyrics fit like a glove the aggressive music produced by these fine gentlemen.

Fans of the specific sound should already be browsing their social network pages to listen to a few samples. These guys are not the next big thing for sure, but they definitely got something good going on.