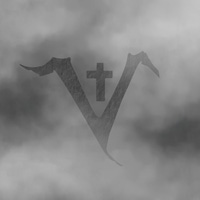 Ok, someone could say that seven years isn’t that long of a time but what about… twenty-four? The reason I am counting backwards (while paraphrasing “Living Backwards” – you see what just did there?) is no other than the obvious; sure, it’s been seven years since the last SAINT VITUS studio release (aka “Lillie: F-65”), and that’s a lot, but come to think of it, the last time original singer Scott Reagers was standing behind the band’s mic was wayyy more than that (for the record, it was in 1995). But is this the only reason you should stop what you’re doing and gather all of your attention towards the VITUS’ comeback offering? Hell no, and let me explain why.

When a band wants to reintroduce itself, or “go back to the basics” as we like to call it, releases a “self-titled album bearing the band’s moniker. To me, this is exactly the case with “Saint Vitus” (even though they’ve done also in 1984 with their debut). But don’t let your mind trick you, making you think that Charles Chandler and Co. want to take us on a trip down memory lane, since SAINT VITUS anno 2019 sound rawer, unfiltered and more Punkish than ever. Yup, you got that right; the post-apocalyptic guitar-wizard Charles Chandler manages to “hurt” our ears till they bleed with his dominant slowed-down Punk riffing and psych solos and you’ll think you just time-traveled back to ’84 or maybe even before that. The opening “Remains” takes a minute to bring to mind (in case you forgot…) that warm and fuzzy, familiar SAINT VITUS sound with the crushing drumming delivered by the one and only Henry Vasquez, being in total sync with Pat Bruders’ unpolished basslines (note: longtime bassist Mark Adams had to step down due to struggle with Parkinson’s disease), and then the actual fun begins right after the Space-y and all-trippy “A Prelude To…”, with “Bloodshed”. To my ears, this track carries on its shoulders the definition / foundations of the SAINT VITUS sound by being violent, catchy and Punk-y in equal proportions. And yes, the unfiltered production does absolute justice to the finely crushing old school-sounding result.

“12 Years In The Tomb” kinda brings to mind the “The Walking Dead” / “White Stallions” era with the addictive drumming and the aggression it brings forward. Plus, you’ve got to love the contrast between Reagers’ clear timbre and Chandler’s dirtier-than-Louisiana’s-deep-swamp, beast tunes. And if you think for a minute that things could become dirtier, “Wormhole” steps in and restores the Doom-y flow, reintroducing the sacred SABBATH writes. Once more, Chandler is doing what he knows best, and that’s serving all these crazy-ass solos revisiting the entire SAINT VITUS catalogue, sending shivers down to your spine every-fucking-time. In case you feel quite the nostalgic guy and want some “Born Too Late”-style track with sprinkles on top, “Last Breath” is here to quench your thirst with its monolithic stance and Doom footprint seriously flirting with the idea of becoming one more all-time classic of the SAINT VITUS wall-of-fame - just listen to Reagers’ crawling vocals breathing through Chandler’s solid Doom and tell me I’m wrong… And while you think you’ve heard everything SAINT VITUS had to offer, “Useless” comes in at the last minute to attack your ears with pure Punk nihilism and Reagers’ teenage-driven way of singing / screaming. And boom, I was (once again) sold.

So, what have actually SAINT VITUS achieved with their ninth studio album, some thirty-five-plus years after their birth? “Saint Vitus” is the palpable proof that these guys are (still) capable to produce their filth-crushed Punk-y Doom without discounts and without having to prove anything to anyone; it’s a raw and solid piece of Doom that has all the elements to become a timeless record. You should know better – after all, they are SAINT fucking VITUS.