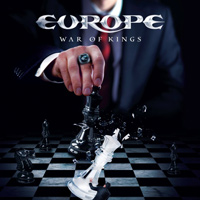 EUROPE is one of my favorite bands in the area of Hard Rock for many reasons, plus I consider Joey Tempest as one of the most melodic singers who is able to give a personal touch to every song and making it extremely attractive. Also, John Norum with his high quality characteristic playing on the six-string goddess, is one of the most significant guitarists being able to combine melodic solos with aggressive riffs. EUROPE know how to make music for commercial success and at the same of high quality. Around 1992 and after the release of the very good “Prisoners In Paradise”, the band split up due to the rise of Grunge and the resulting higher interest of record labels to work with such bands. “Prisoners In Paradise” received limited attention and EUROPE left the stage, but it was just for a while because in 1998 Mic had the idea to reunite the band and Joey with John agreed. They release the very good “Start From The Dark” with hits like “Flames”, “Wake Up Call” and “America”. During the following years, they released “Secret Society”, “Last Look At Eden” and “Bag Of Bones”. After the reunion, EUROPE’s music has matured and has become more classic something that I think is also due to Norum’s different approach in writing solos and riffs. I noticed this '70s style in “Bag Of Bones” and also in the new EUROPE LP' “War Of Kings”.

“War Of Kings” begins with the title-track which is an epic Hard Rock song with very good vocal-lines by Joey Tempest, while “Hole In My Pocket” speeds up the tempo with almost aggressive vocals, faster guitars and some really good keyboards by Michaeli. Hits-to-be are “California 405”, with its THIN LIZZY-esque basic melody, and “Days Of Rock ‘N’ Roll” which will remind you of EUROPE’s good ol’ days with the nice guitar melodies and the catchy chorus delivered in the way Joey knows best. “Praise You”, “Nothin’ To Ya” and “Children Of The Mind” carry the '70s atmosphere I was talking about, being cut from the same cloth like THIN LIZZY, BLACK SABBATH and DEEP PURPLE. The best way to drop the curtain for an album is a track that will leave you the best memories, and in this case this is done by “Light It Up” and its remarkable solo. I wanted to describe how much John Norum has been influenced by Gary Moore but I’d rather let the music do this and, in particular, the instrumental “Vasastan”.

EUROPE knows better than anyone how to make good music and climb on the first chart positions. In “War Of Kings” you will listen to EUROPE’s influences from LED ZEPPELIN, BLACK SABBATH, THIN LIZZY and DEEP PURPLE accompanied them. As Joey Tempest stated: ““War Of Kings” is the album we always wanted to make, ever since we were kids”. Also, Dave Cobb is responsible for the very clear and modern production that is perfectly combined with the classic EUROPE sound and has also participated in some songs. EUROPE is still one of the most fascinating Hard Rock bands and this album is a solid piece of evidence.