On the heels of the announcement of his first ever book, "Wicked Words And Epic Tales", ICED EARTH founder, songwriter, guitarist and producer Jon Schaffer releases the second lyric video from the audio CD that accompanies the book.

The video for the track “Wolf" (A Narrative Soundscape) is a collection of public domain footage that provides the perfect visual bed for the haunting re-imagining that Schaffer has created for the song. The original version of “Wolf” can be found on ICED EARTH’s 2001 concept album, "Horror Show". The video is the second of three that Schaffer will release as part of his Kickstarter campaign to promote "Wicked Words And Epic Tales". The video can be seen below. Fans can pre-order "Wicked Words And Epic Tales" HERE. 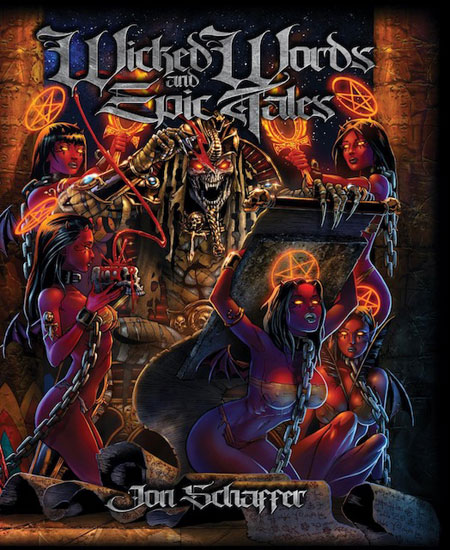