Eight years have passed since they debuted with their first album, "Legends", and despite their humble beginnings back in 2007, the band is now a well-known representative of the genre. After their second release, "Shadowplay", the band performed at major European festivals as well as headlining Vienna’s popular 'Donauinselfest' in 2016.

DRAGONY on the signing: “Metal is coming home! We are more than thrilled to announce that DRAGONY have signed a new worldwide record deal with Napalm Records! As an Austrian band, it truly feels almost like a "homecoming" for us to not only work with one of the best labels for Metal and Rock music in the world today, but one that is also based in Austria. We feel that Napalm Records is the perfect place for our brand of tongue-in-cheek Power Metal, as the label is also home to many of our favorite acts from the genre. We are very much looking forward to releasing our upcoming fourth album through Napalm, and we are very thankful and excited about all the possibilities of this new collaboration for the next chapter in DRAGONY history. We stand - with forces united! Stay glorious!”

Dive deep into the world of DRAGONY and watch the newest music video, “If It Bleeds We Can Kill It”: 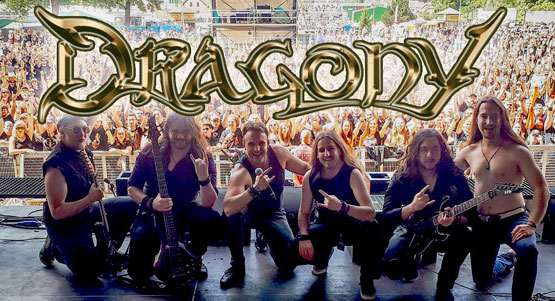