METEORA have recorded a Symphonic Metal version of LINKIN PARK's classic “Numb”, the song was originally released in March on their “Tragedy Of Delusion” album as a bonus song, on which they've reshaped this timeless favourite to their sound. Because of the restrictions issued during the pandemic, the band has recorded a music video for the song in their homes. Watch it below.

The band's communicative bass guitarist / vocalist, Máté Fülöp has shared his lengthy thoughts about why they choose this song, and how is it related to the band's name:

"When we are asked where we got the idea for the band's name, most of the time my cousin, Atilla Király (keyboardist, composer) answers. This is kind of an agreement between us, that applies to this question only. If you asked me, I would probably make a joke of it. Ati on the other hand can tell the real meaning. Our name is based on the Meteora monasteries in Greece. We look at them as mystical, unreachable places where people can get away from the world and the problems of everyday life. Independently from genre, music means the same for many people.

When discussing the name of the band, the similarity with the title of the second album of LINKIN PARK turns up a lot, which I think is a fantastic record. These times we awkwardly confess that we didn't really know this album in 2010, when we formed the band. To be honest LINKIN PARK as a whole avoided us that time, but I became a huge fan since then – I was even listening to "With You" when I was hit by a car a few years ago.

It was an obvious choice to reimagine a LINKIN PARK song, when it occurred to us that we should do a cover for the new album, from their album METEORA to be exact. Honestly a years long dilemma was solved when this evident thing came to our mind, because a lot of artists and songs were debated for a cover project.

When it was decided, it wasn't hard to choose "Numb" from that album. We've kept the base of it's structure, but expanded it a little bit with elements that define the rest of our songs, so we used three types of vocals and symphonic elements.

Our original plan was to shoot a proper music video for it, and go on a tour in Hungary, but these events had to be cancelled because of the epidemic. Everyone was under a lockdown, and we haven't seen each other for 2-3 months. Nevertheless, we tried keeping up working with the band and remain active, so just like many others, we've shot this "home video" for this cover song." 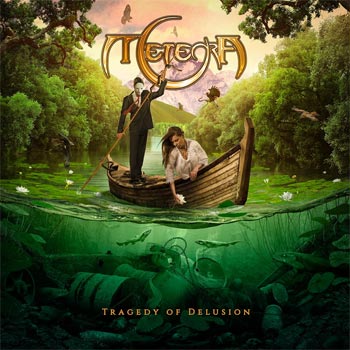