After being forced to postpone the release of their upcoming album "Kvitravn" to January 22, 2021 due to extenuating circumstances throughout the world, traditional Nordic Folk outfit WARDRUNA decided now was not the time to be silent and headed into the studio to write and record a new song, "Lyfjaberg".

The title translates to English as a 'healing-hill' or 'healing-mountain' and is known from Norse mythology and the Eddic poem Fjölsvinnsmál as a place of comfort and cure for the sick and sore who manage to climb the mountain and bear offerings at its shrines. WARDRUNA filmed a music video for "Lyfjaberg" that was filmed in the mountains of the island Tustna in Norway. Watch the video now below.

The band shot the video in early May, when suddenly winter decided to return with full strength, and they ended up wading in half a meter of snow for three days and nights. On many levels, the process of making of this video reflected the meaning of the song itself. They all had to climb a few of their inner mountains to get it done.

"The song expresses that climbing a tough mountain, both in reality and metaphorically, is a mental as well as a physical effort," shares founding member and composer Einar Selvik. "I have tried to write this journey up the mountain as one for the mind and spirit as much as the feet and body. Anything of true value, comes at a true cost." 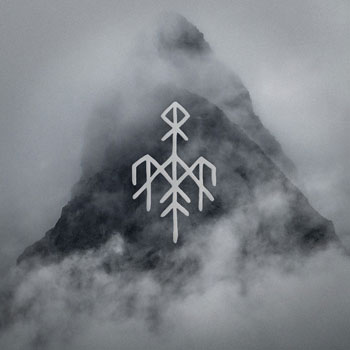