ULVER's new studio album, “Flowers Of Evil”, has been announced for an August 28th release date.

The band’s camp offered the following insight as to what you can expect from it:

"In the midst of the forest, the floor is littered with monstrous heads and mythical figures, frozen in torturous combat or threatened by wild beasts. A dragon fights a dog and a wolf. A lion sinks its teeth into the fire-breathing monster’s chest.

"This sacred grove, near Bomarzo in Lazio, Italy, reveals the nightmare vision of Vicino Orsini, a sixteenth century nobleman. It’s a forest of symbols, suggesting a civilisation overrun by the beasts, demons and monsters of the primordial world. Soon after Orsini’s death, trees began to close in on these many peculiar beings, and green moss would eventually seize them. Slowly, nature finished what he had started.

"“Flowers Of Evil”, the new studio album from ULVER, finds the wolf pack exploring the fear and wonder of mankind’s fall from redemption. Visions similar to those of Orsini come to mind, as untamed life abounds..." 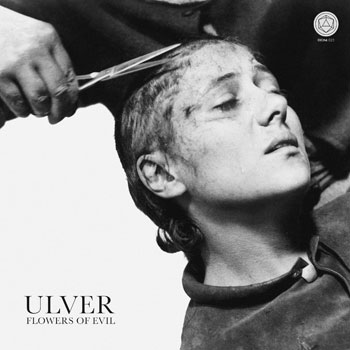