Italian Gothic Metal band LEVANIA signed with Wormholedeath/Aural Music Group. Wormholedeath will release their incredible second album titled "Renascentis" world-wide through Aural Music Group/Wormholedeath Japan. The album is being produced at Realsound Studio (Italy) by Wahoomi Corvi right now. The band entered the studio a few weeks ago to start the production of the follow up release of their critically acclaimed debut album "Parasynthesis" (released by our sister label Dreamcell11 during 2012). You can stream some studio report footage below.

"With this new album you’ll hear a new sound since we are ready to wire you with our schizophonic music. We’re very happy and satisfied to continue our path with this label hoping to get even better results. The new album will be more symphonic and aggressive than the first one. Every band member involved his own ideas based on his background. The sound will be a melting pot of aggressive guitars with symphonic keyboard patterns, an angelic female voice will duet with a deep growl, and the heavy drums are supported by a very present bass. The result is eleven wonderful tracks"

"I have been so lucky to have the pleasure to work with LEVANIA for their debut album that was released by Dreamcell11. I have been the first person asking them to record a second album for us as I wanted to make sure that they were not going to sign with someone else. Despite the great esteem I have for the musicians and the friendship for the human beings, the new stuff is really killer and I loved the new songs since the very first moment. Everything is so emotional and catchy at the same time...I believe that they kinda developed their own style at this stage of their career as a band. Furthermore they have been so kind to involve me during the songwriting and arrangement process being their A&R and so here we are. I am sure that with the new members, a big work on their image and communication tools, the production of real sound and the solid background created by their debut album LEVANIA will be able to make a big step ahead. By my side I will do everything possible to support their career since they really deserve it. " 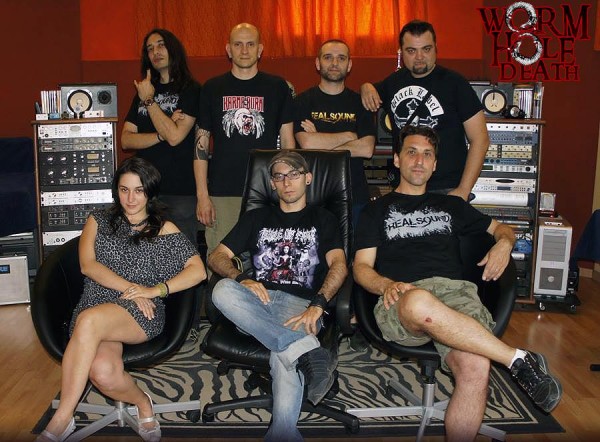