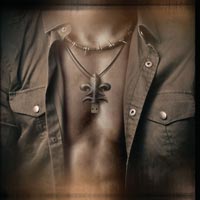 I hope everyone feels a little bit lighter after seeing the famous band name legal dispute reaching a conclusion with the two parties involved getting satisfied and ready to get on with their artistic lives. Of course, the internet discussions will keep going and if you’d ask me, I’d say that all this opinion-sharing-hidden-behind-a-keyboard has become too boring to even care. So, with a clean sheet Geoff Tate did exactly what one should be expecting from him and that is to write new music. In fact, “The Key” is the first part of an already planned trilogy, so we're dealing with a concept album, and judging by the band’s name, shouldn’t have much to do with Tate’s solo works, and since I don’t mind spoiling the surprise, I’d say that it doesn’t.

I have no idea and really don’t care what was going on with Tate’s songwriting prior to this album - although in all honesty, I am not one of those who have musically banned him for life. Anyway, I guess sometimes opinions are better left inside one’s mind, so let’s see how the story of “The Key” goes. “Choices” opens the album like a slowly building-things-up intro with moody keyboards and scattered lyrics before becoming a proper song with some awesome basslines. Yeah, the music sounds modern but at the same time has every good guitar action, so the connection with Metal is still intact (in case you were biting your nails about this). “Re-Inventing The Future” is probably the best song Geoff has recorded since his QUEENSRŸCHE days, and believe it or not, I am referring to the good days of the Seattle-based band, so you better not be close-minded. The rhythm guitars have that ‘classic’ vibe, the multiple vocals harmonies are simply awesome and the spoken parts serve their concept aspect of the music on the side of the subtle but still effective orchestrations. The groovy “Life Or Death?” slowly gained more listening time and if you’d twist my arm really hard, I’d tell you that it reminds me of the last FLYING COLORS work, being quite modern with the right amount of Progressive Rock in it. By the way, the guest singing by Mark Daly works like a charm and once again I’ll credit the bass lines and the QUEENSRŸCHE-esque guitars. “Hearing Voices” stands on the heavier side of the album with Hammond-sounding keyboards and the characteristic higher singing pitches, while “On Queue” grants me a wish I had from the “Promised Land” days, and that is more saxophone. Yeah, this ballad-type song has a lot of stuff going on; from clean guitar arpeggios and a killer solo that passes the baton to the fantastic saxophone tunes which fit like a tailored suit to the otherwise modern music.

Sure, “An Ambush Of Sadness” is just an instrumental working as an interlude but I think showcases some inspired music making where Geoff experiments with what sounds to me like hammered dulcimer, serving the Progressive Rock character by stepping on different territories not caring about boundaries. Pay closer attention on the transition towards “Kicking In The Door” and dive deep on the bass effects, the vocal harmonies and the violin sounds which make the use of headphones kind of mandatory to fully enjoy. More saxophone can be found in the rather epic “The Fall” which after six minutes closes the first chapter of the story leaving much to wish for. Here, the orchestrations create a movie-type climax, expressing the despair - most probably - the main character feels singing “I almost felt tomorrow”. As far I can understand someone died at the end, but I guess we have to wait for the second album to find out what exactly happened.

As far as I am concerned, OPERATION: MINDCRIME is a most promising project with “The Key” being a better ambassador of what Tate is artistically capable of creating as compared to his most recent works. The only unknown parameter in enjoying this album is if one can keep himself at a safe distant from the litigations which involve only the money-making part of being in a band, and have nothing to do with being Metal or keeping the legacy of whatever alive. And if you ask me, all this shouldn’t mess with our listening pleasure.